Jane, Jim, Suzy, Bill and Bob live on an island. They need to collect coconuts for food. In order to spur competition they decide that at the end of the day, whoever collects the most coconuts will get half of all the coconuts collected.
Jane collects 4 coconuts
Jim collects 6 coconuts
Suzy collects 8 coconuts
Bill collects 10 coconuts
Bob collects 12 coconuts
At the end of the day, Bob has collected 3 times more coconuts than Jane, and 1.5 times as many as the median (8).
Everyone puts half of their coconuts into the pool and keeps the other half. This puts 20 coconuts into the pool and leaves Jane with 2 coconuts, Jim with 3, etc. Since Bob gets the half that went into the pool, Bob ends up with 26 coconuts to Bill's 5. Bob now has 6.4 times the median (4).
Jane has 2 coconuts
Jim has 3 coconuts
Suzy has 4 coconuts
Bill has 5 coconuts
Bob has 26 coconuts
The competition did encourage people to try harder, thus resulting in more net coconut collection than if there had been no competition, however, it's likely that everyone except Bob ended up with fewer total coconuts at the end of the day.
Bob likes the competition and chides the others for being such inferior coconut collectors. Bob touts his superiority by noting that he has "earned" more coconuts than all of the rest of them combined. Bill notes that if everyone would try harder, they could all be like Bob.

The point is that this is effectively how income in America and most economies works, except most people don't understand that part of their income goes into a pool and how it gets allocated to the super-rich.
I'll be going into this in much more detail in my upcoming article on capitalism, but where people in America get very confused on the issue of income is in not understanding how high end incomes are amplified.
What we have in America is what I call a "semi-meritocratic aristocracy", which is an aristocracy whose position, wealth, and power is partly based on merit. The people at the top economically are generally the most meritous, but the issue is that their wealth is still grossly exaggerated by redistribution.
This is where people have problems when you get into a discussion of income distribution. Most people get hung up on thinking that the incomes of the super-rich are either totally undeserved or they are totally deserved, but neither of these are the case.
As in the example, Bob did collect the most coconuts, he was the "highest earner", but yet the end result of the system was to greatly amplify Bob's reward at everyone else's expense. Even though he was the highest contributor, he wasn't exponentially higher than the rest, yet that's the result of the system, and that's exactly what's going on in our economy as well, where the people at the top (for sake of argument) should generally be the people at the top, but they are nevertheless still receiving extreme bonuses in compensation that over-exaggerate their actual contributions.
As a result, they are getting far more than they are contributing. The idea that "if we all created as much value as Bill Gates, then we would all be as rich as Bill Gates" is as much as fallacy as Bill thinking that if they all collected as many coconuts as Bob that they would all have as many coconuts as Bob got. If everyone collected 12 coconuts then they would each have 12, not 26. Bob got 26 through a system of redistribution.
RELATED LINKS 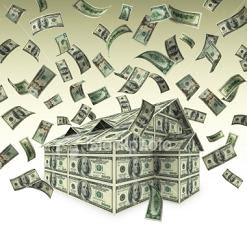 Feelings of Something Coming! Further Evidence!